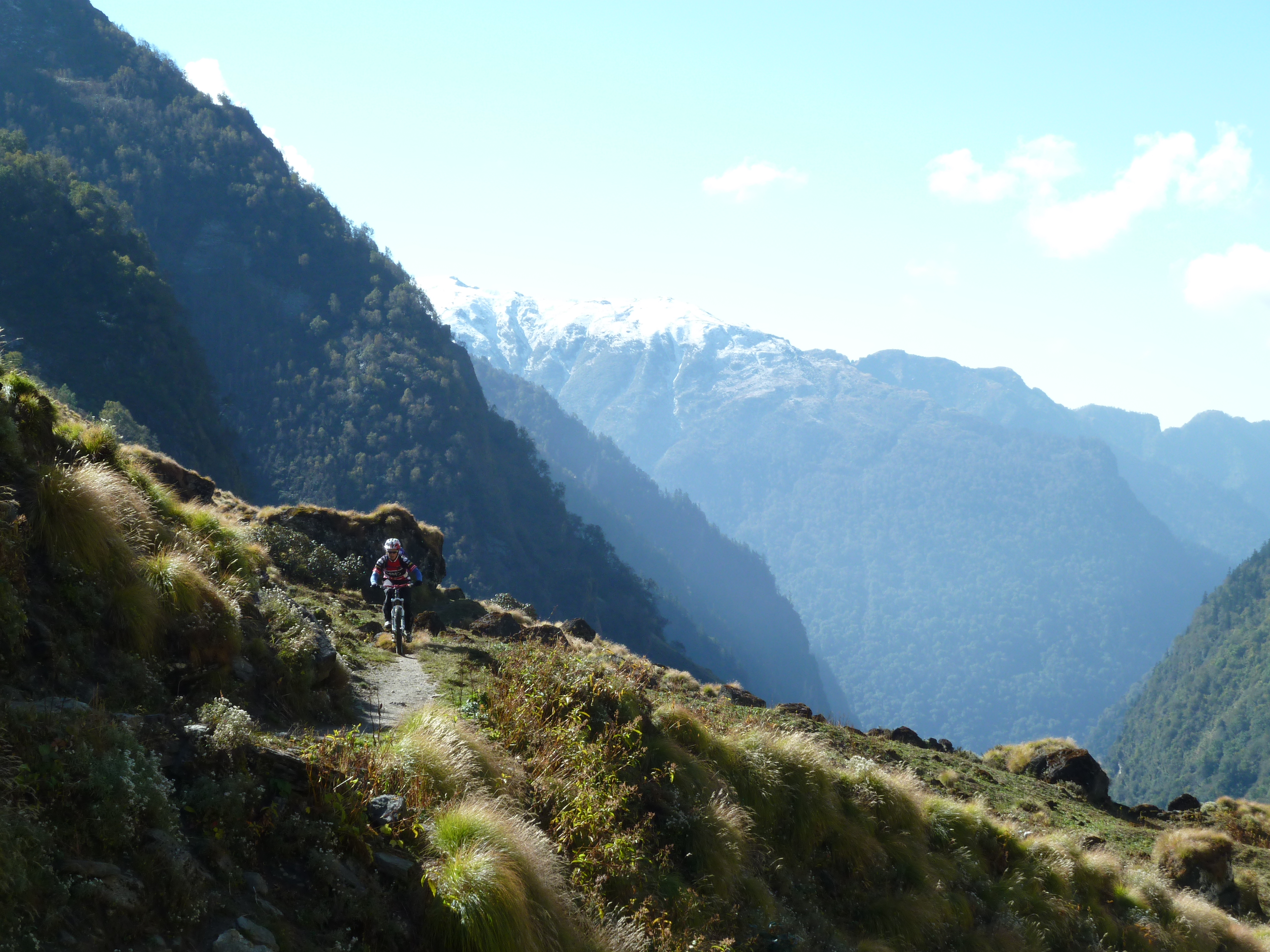 Travelling and bike riding are two things I enjoy and getting the chance to put them together on a trip to India was a chance I could not turn down. Heading out the India with photographer Dan Milner and friends under the guidance of Mike from Mountain Bike Kerela was how it all started.

Last week I held my first girls skills camp in Verbier, Switzerland. Thanks to Bike Verbier I managed to keep a week free from racing and finally got to run my first skills camp. 6 girls came out to Bike Verbier’s Chalet for an amazing week of sunshine, great food, endless switchbacks and loads of laughing ! 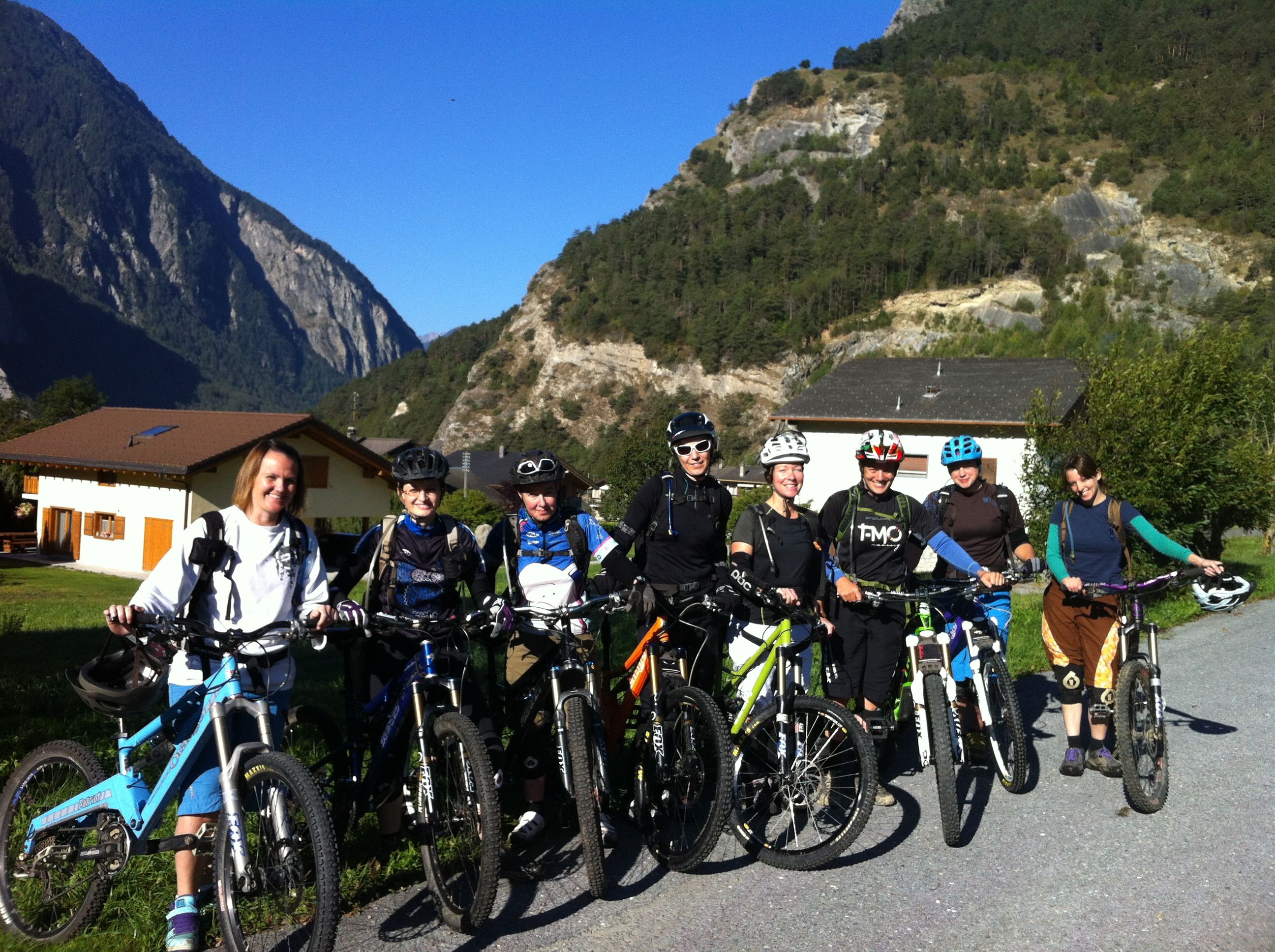 I really enjoyed teaching the group and I took great pleasure in seeing them all improve so much over the week and ride trails I know they would have not even attempted at the start of the week. I look forward to seeing them have a go at some Enduro races next year !! 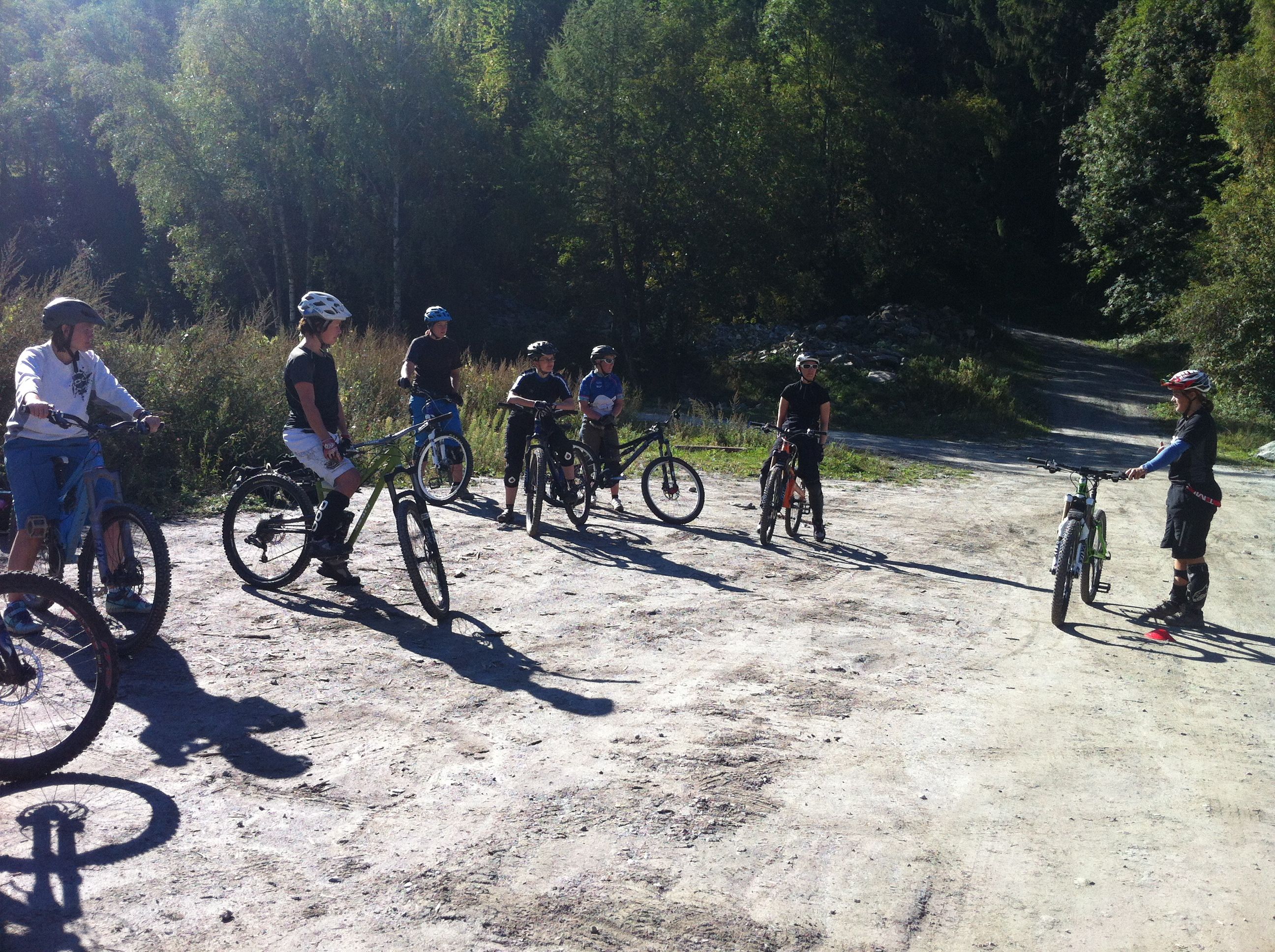 Thanks to everyone at Bike Verbier for arranging the week and for guiding us on endless great trails. I hope I will have time next year to run a similar week alongside some more skills days in the UK. Watch this space…. 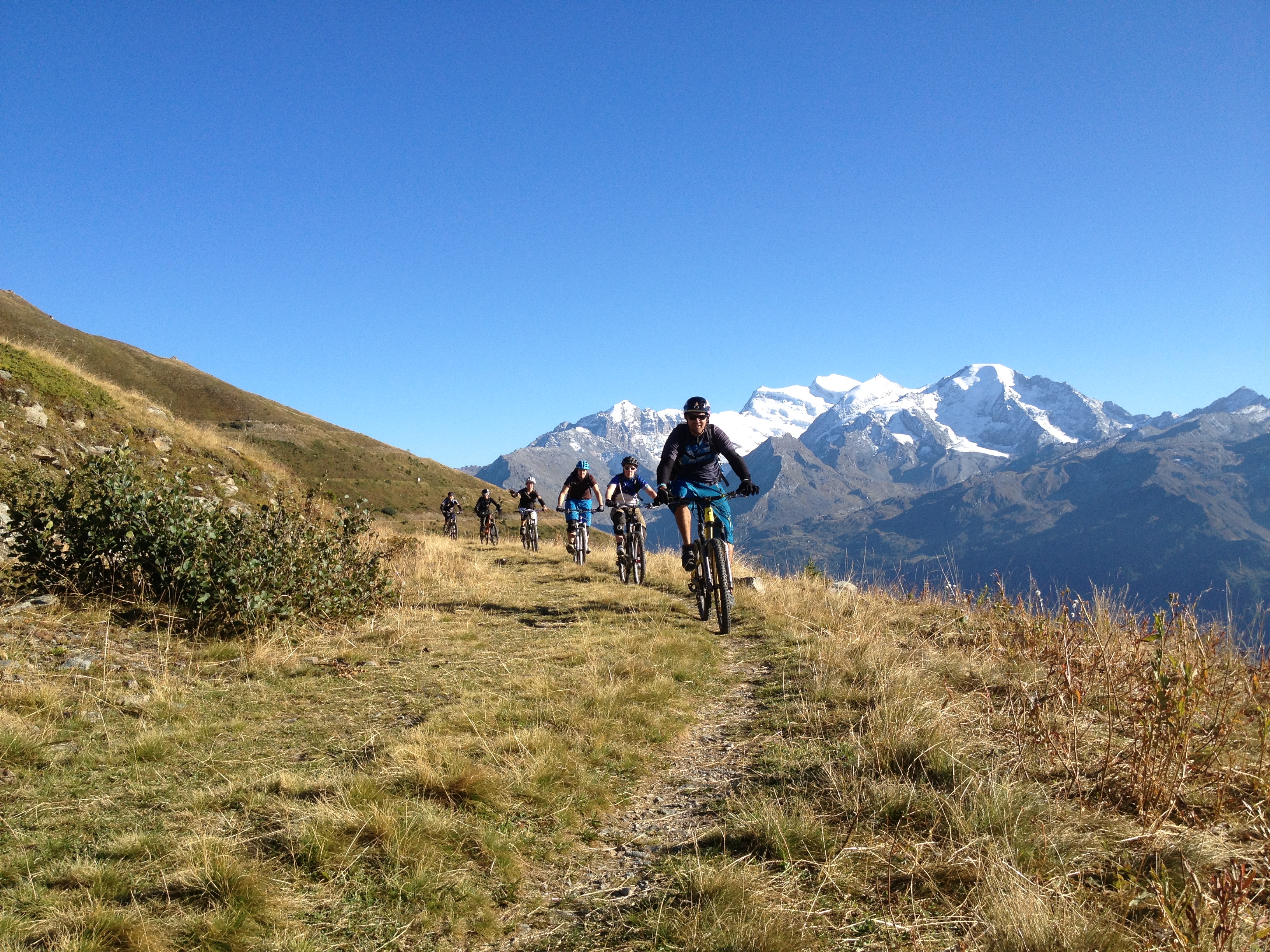 I can’t believe my first season of Enduro racing in the UK has come and gone already. It’s been great fun and good to see so many new faces racing their mountain bikes at this new format. The 5 rounds were all so different it really was a great test of all round bike ability and fitness to come out on top at the end of the season. A big thanks to Steve Parr and Bud for making it happen and I only hope that it will grow in support and sponsors for future years to make it a bigger and better series and already next year with the hopes of hosting a UCI World Series round things look good.

Dyfi was the final round and having punctured at round 2 I still needed a win here to take the overall series. Dyfi forest is located on the backside of Cader Idris and we were treated to some epic views thanks to a late summer weekend of sunshine ! 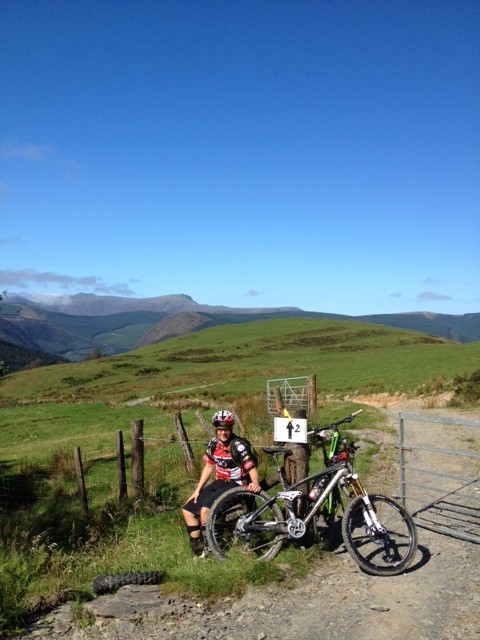 Cader Idris mountain just out of the clouds

It was the biggest loop of the year at 38km with some long fire road transitions, but again on a sunny weekend even they were pleasant and scenic ! 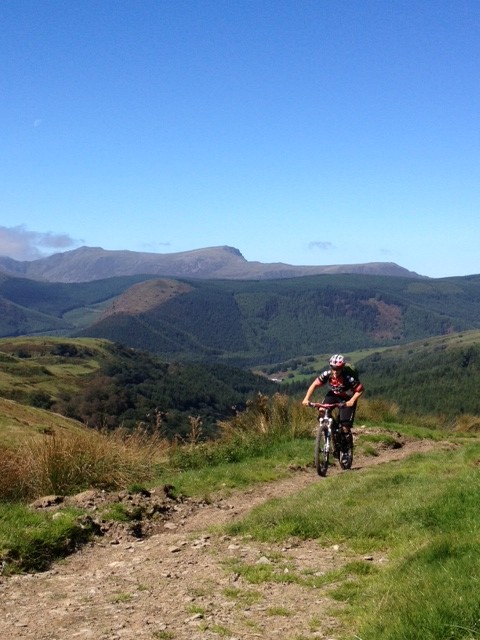 The loop took around 4.5hrs to complete taking in 5 rapid stages using a lot of the tracks made from the many motorbike enduro races held here. So massive ruts and whoops you could double up if brave enough ! It also had some freshly cut sections which you literally freefalled off the fire road into….. 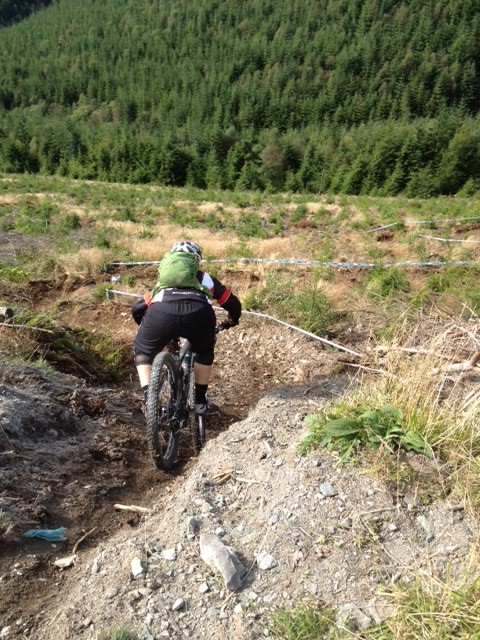 Fortunately the weather stayed good and we all got around before the rain set in, which was a good thing as stage 5 was all on grass so some rain would have made that pretty interesting !

I had a good day, making no real major mistakes and managing to get myself and my bike around incident free. There were so many punctures along the way I was really happy with my prototype Bontrager tyres which probably had their biggest test yet at this event !

I took the win ahead of Helen Gaskell with a time that placed me 27th overall, so I was pretty happy with that. It also gave me the points I needed to take the series win. 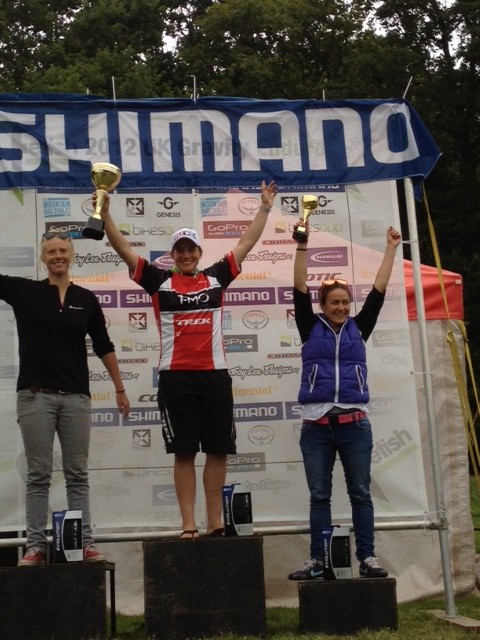 Big thanks to all of my sponsors for their support this year and especially to Shimano for all the tech support they have offered at these events. 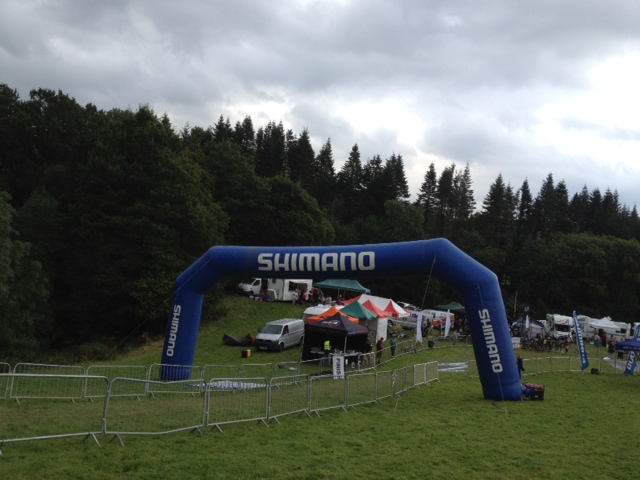 And a big thanks to my youngest T-MO racing fan club that were shouting at me at the finish of stage 5 ! 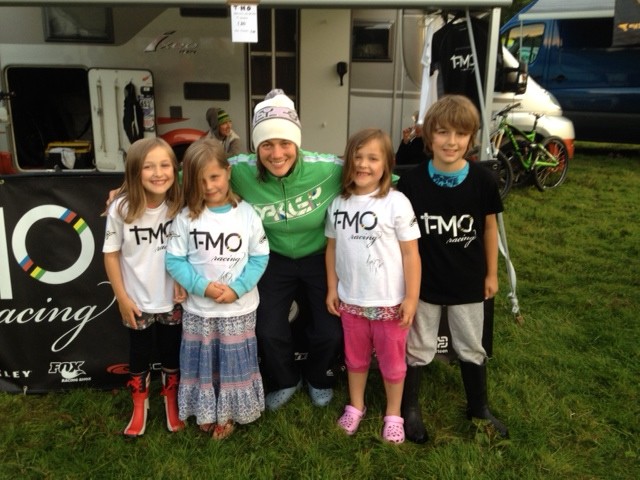 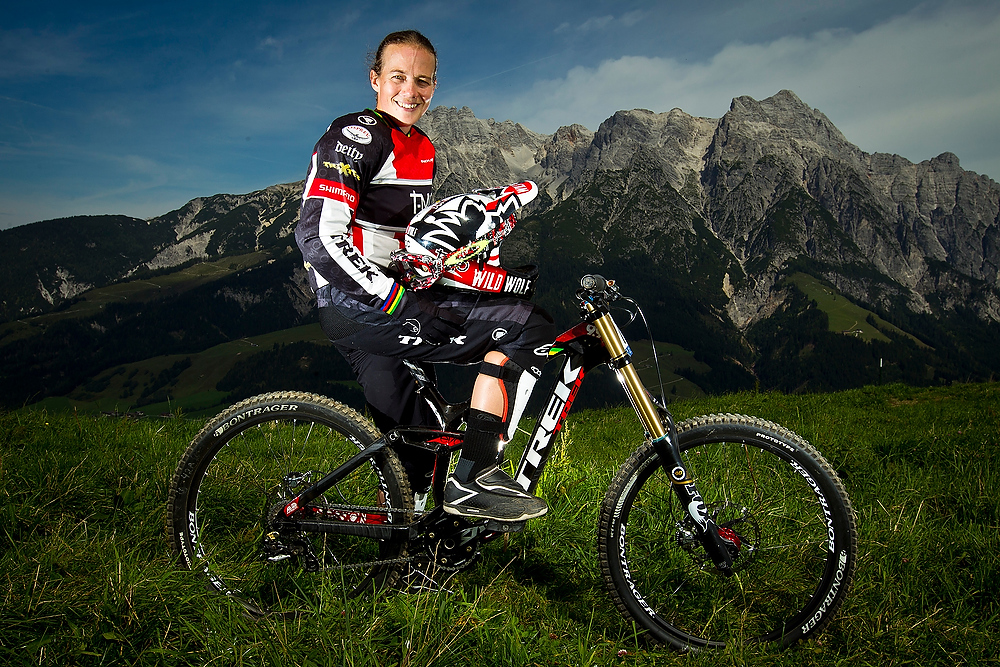 Photo thanks to Sven Martin

Take a look at my blog about the Worlds here – 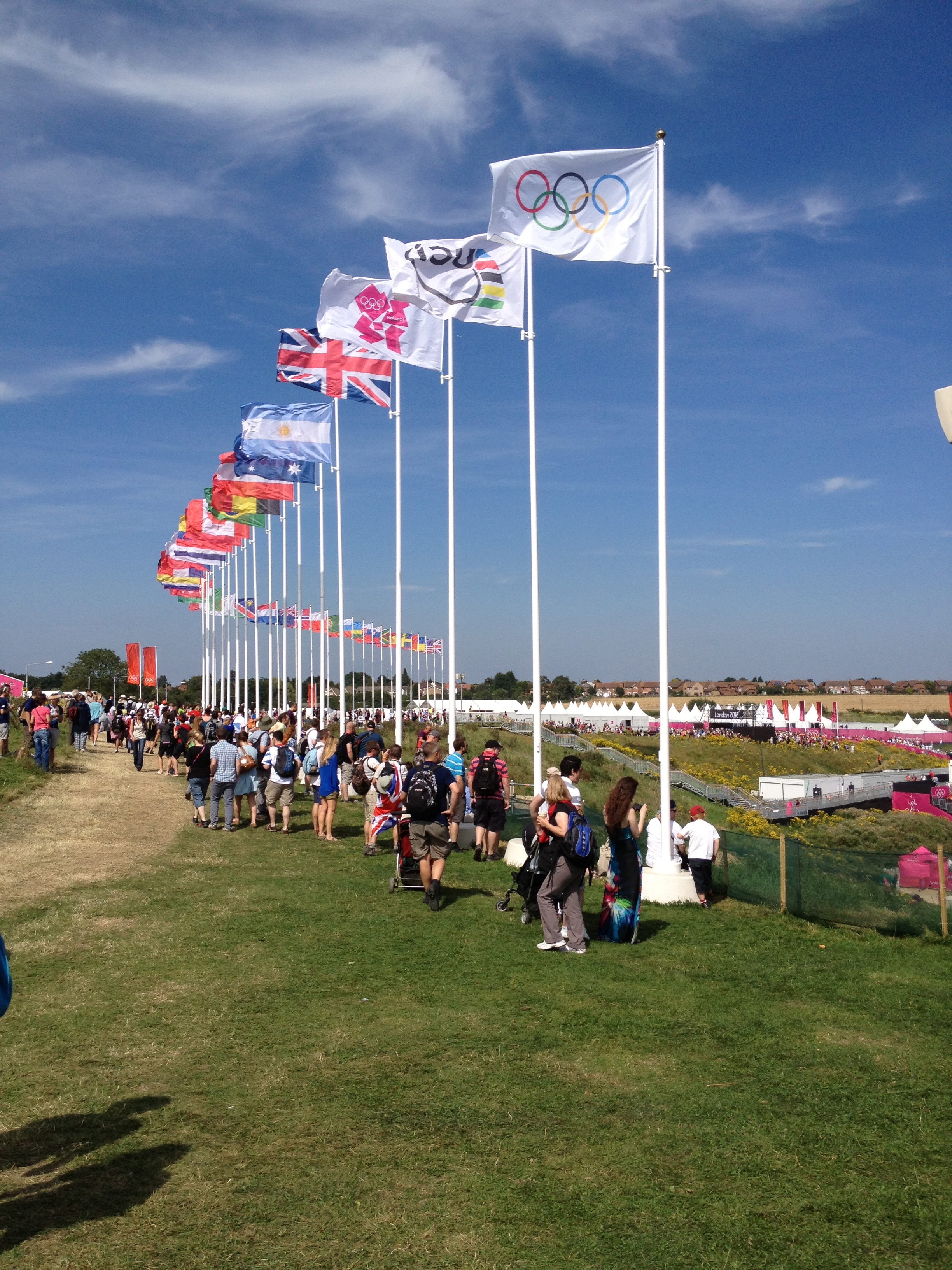 I have had a pretty busy and varied few weeks whilst back at home !

After a month of racing enduro’s in Europe I was pretty excited to get back on the World Cup downhill circuit as I felt that all my bike time would be good preparation. Although having not ridden my downhill bike since Fort William it didn’t take me long to feel good on my bike. The track in Val D’Isere was a new one of the world cup circuit and it seems as though it’s a track that had been used for the French Nationals a few times but other than that it was not a permanent track. It was quite old skool with some very off camber loose turns and flat out straights with a few drops to flat ! A lot of the trail was also really narrow, animal track width and racing flat out on the dh bike, it did feel really narrow !

Although not super technical the track took its toll on a few people, with one of them being one of the top girls Tracey Hannah crashing in practice and breaking her femur and collar bone. I wish her a speedy recovery. Sadly I also took a slam during the qualification race, just getting off line on one of the fast narrow traverses and the next thing I knew I was picking myself up off the floor. I felt really winded when I got back on my bike but the feeling didn’t go as I continued to ride down the course. I had taken a massive blow to my ribs on the left side and as I came into the last corner I just drifted wide and lost a lot of speed and had to go around the final jump. 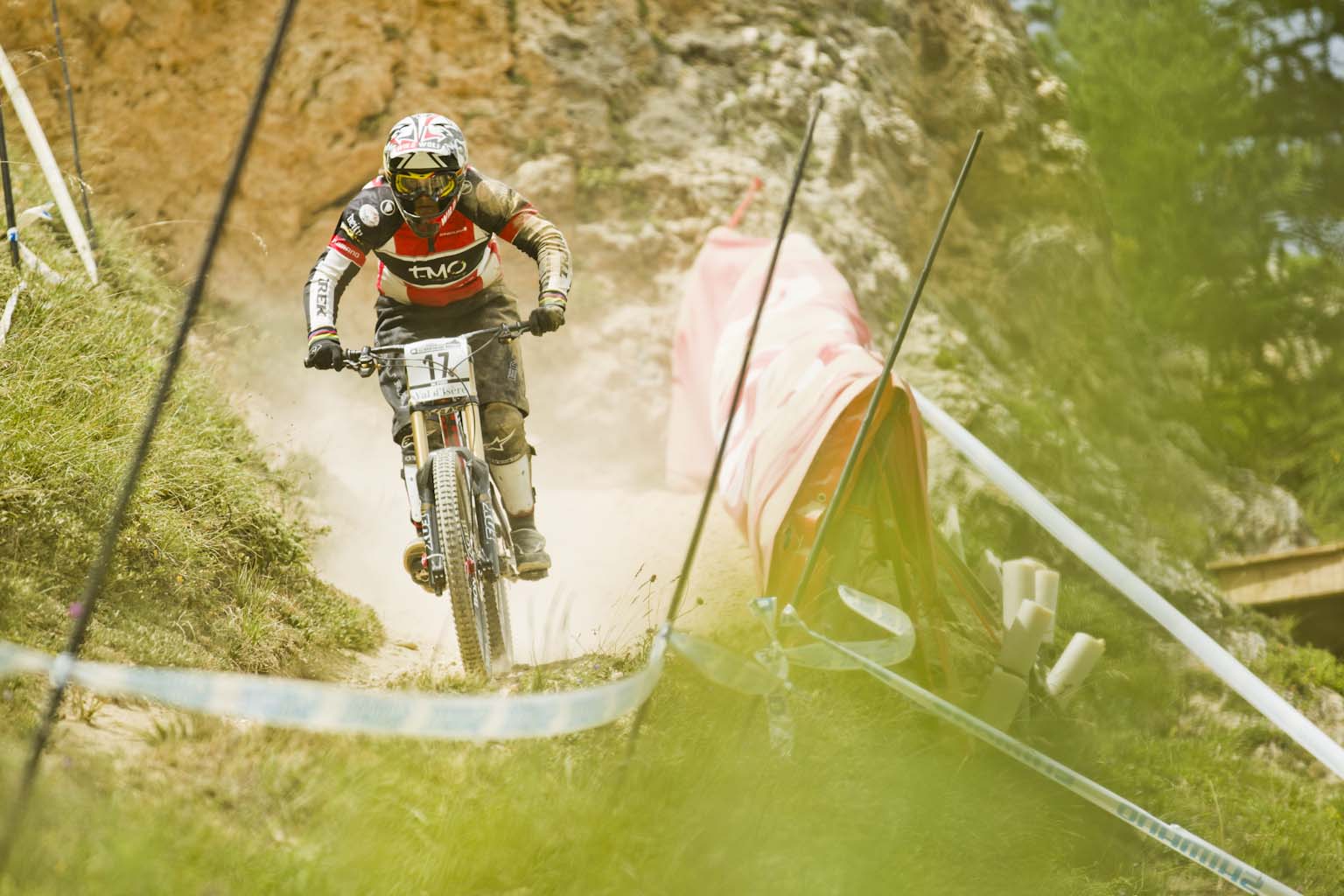 My Enduro races changed from individual time trial races to the crazy mass start racing for a couple of weeks !

First stop was Cervinia, Italy a lovely ski resort at the foot of the Matterhorn. Sadly the weather turned bad on race day and we were unable to use the glacier to start on, so it was a shorter track but still a good 12min descent so some great training ! With only 5 girls entered it was not a big mass start but still a good workout and I had a good start in both races and led from the start to take the win. 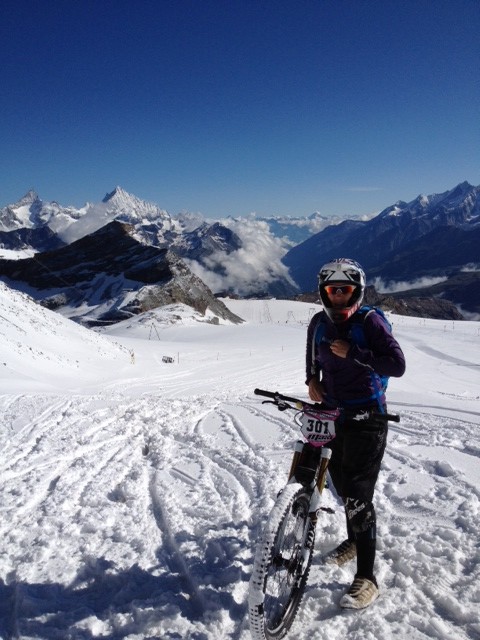 My next race was then the big one of the year, the Megavalanche in Alp D’huez. This is the longest running mass start enduro race and definitely a prestigious one to win. I took a weekend off in preparation and really tried to put some time in on the snow in best preparation but sadly it was on the snow that I lost my time to eventual winner Anne Caroline Chausson. 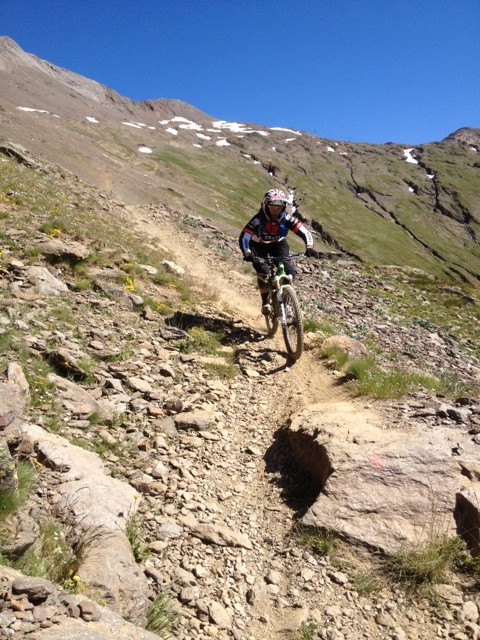 2nd place was still a great result with a strong field of over 100 girls. I also learnt a lot and feel I could be much better prepared for the race next year ! 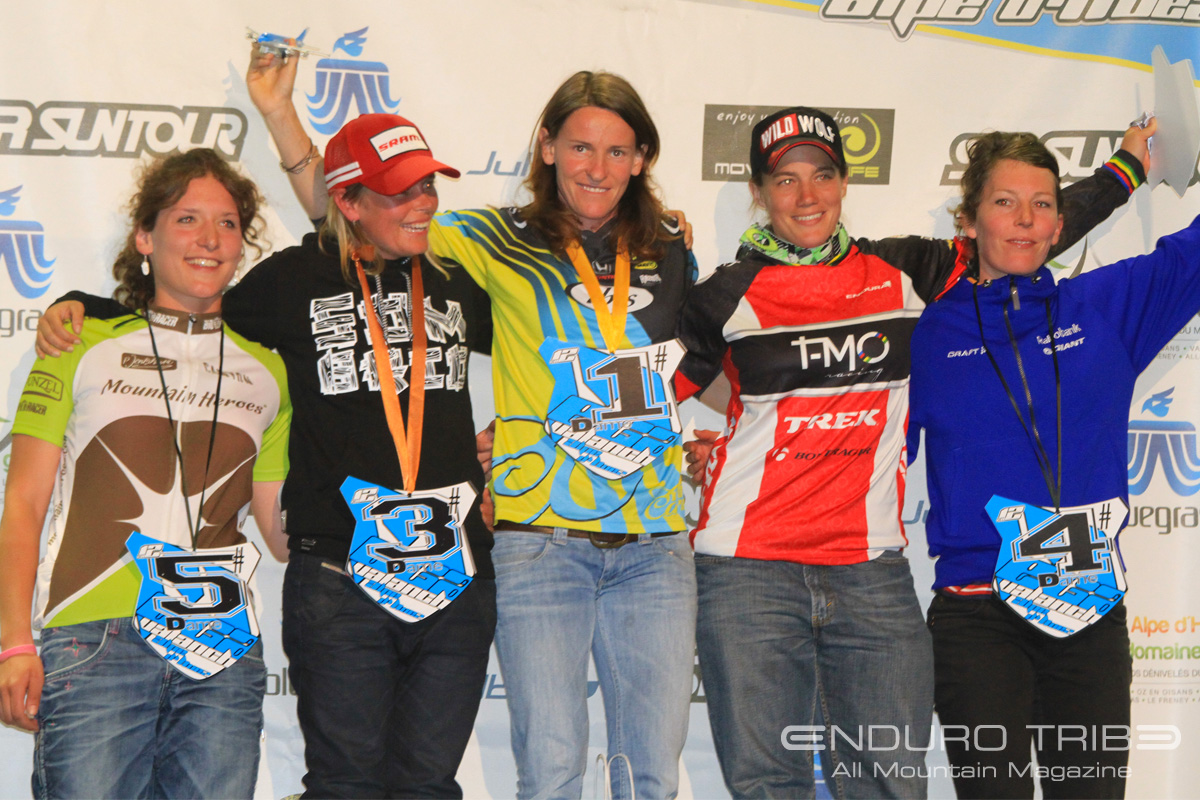 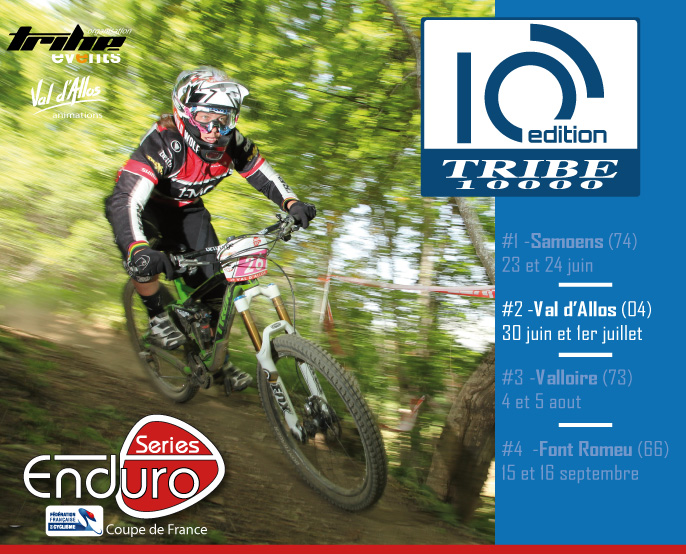 Enduro racing is very much in it’s infancy in the UK but out in France they have been racing Enduro’s for years, having great fun and keeping quiet about it ! Fred Glo from Tribe Sports has been running races for 10 years in France and this year I decided to venture into Europe and try one and take in some different races to see how I would fair and check out some different formats of racing.

Samoens was the location for the first round of the 4 race series. `Located just over the hill from it’s more famous neighbours Morzine and Les Gets, Samoens has the same great riding but just not as busy and over ridden !

Arriving on Friday morning after the long 12hr drive you could have been sure we had come to the wrong Samoens ! No sign of the race other than a few posters and a pile of barriers ! As the afternoon progressed more bikes and vans arrived and people started to disappear off in vans with no bikes…..there was no practice allowed, only course walking, but with no gondola open it was either get a lift up the hill or walk up and down !

Having seen the course profile we would be riding 5 descents on Saturday of around 900m each so there was no way you could walk all of these in one afternoon ! I got a lift up with my Cape Epic partner Anka Martin and walked the first half of one of the stages and after an hour of walking that was enough !! Steep, muddy natural terrain was going to be the feature of this weekend and full DH mud spikes were applied to our bikes to make sure we made it down the hill !

After picking up our numbers and timing chips and getting our bikes checked it was time to get packed ready for the 7.30am start the next morning ! Setting off down a very much unknown track at just after 8am in the morning was pretty tough going. The stage had some nasty little climbs and it was very quick awakening for the day ! That was only the first stage, 4 more to go ! We did the first stage twice which was great as the second time you had a much better idea of what to expect and it didn’t seem anywhere near as far ! The 3rd and 4th stages were on another track and this one I had not seen at all, so it was complete riding into the unknown. Another 10min plus stage and we still had to ride across to stage 5 in the next village ! We finally made it back to the base of the gondola in Samoens after around 1hr of timed DH racing !

Enduro Racing really is becoming popular not just in France now and it’s great to see an enduro series in many different countries now taking place. Ireland does not have many mtb races taking place so it’s a huge achievement and taken lots of hardwork from organiser Niall Davis to get the Gravity Enduro Series in Ireland up and running this year.