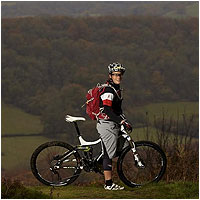 Tracy Moseley, the 2011 downhill World Cup champion and 2010 downhill World Champion, will be refocusing her racing efforts in 2012 under the T-Mo Racing banner. The Trek-sponsored rider will expand her racing calendar to include a variety of race formats next year. Having begun her racing career in the early 1990s, downhill became Tracy