After the horrendous weather of Round 2 we were once again greeted with summer for round 3 of the Gravity Enduro Series. Having spent all week nursing a fairly delicate head I felt pretty rested and ready for the weekend but I just hoped my head would feel ok and keep up !

Thankfully I felt fine once on the bike and I think the short stages and short loop meant I was not going to be out for hours in the baking heat ! The 5 stages around Hamsterley forest were a complete mix of natural, loamy terrain to man made trail centre. The dry conditions made the man made surface really slippery and made it really hard to push hard in the corners. The complete loop with the 5 stages was only around 20km and it meant that I was able to do 2 laps of the course on Friday and another 4 out of the 5 stages on Saturday morning making me feel as though I had learnt the stages a little more than you can on some of the longer ones !

I knew I would need to learn them well as both Helen Gaskell and Sarah Newman are locals and would be gunning to beat me on home turf ! 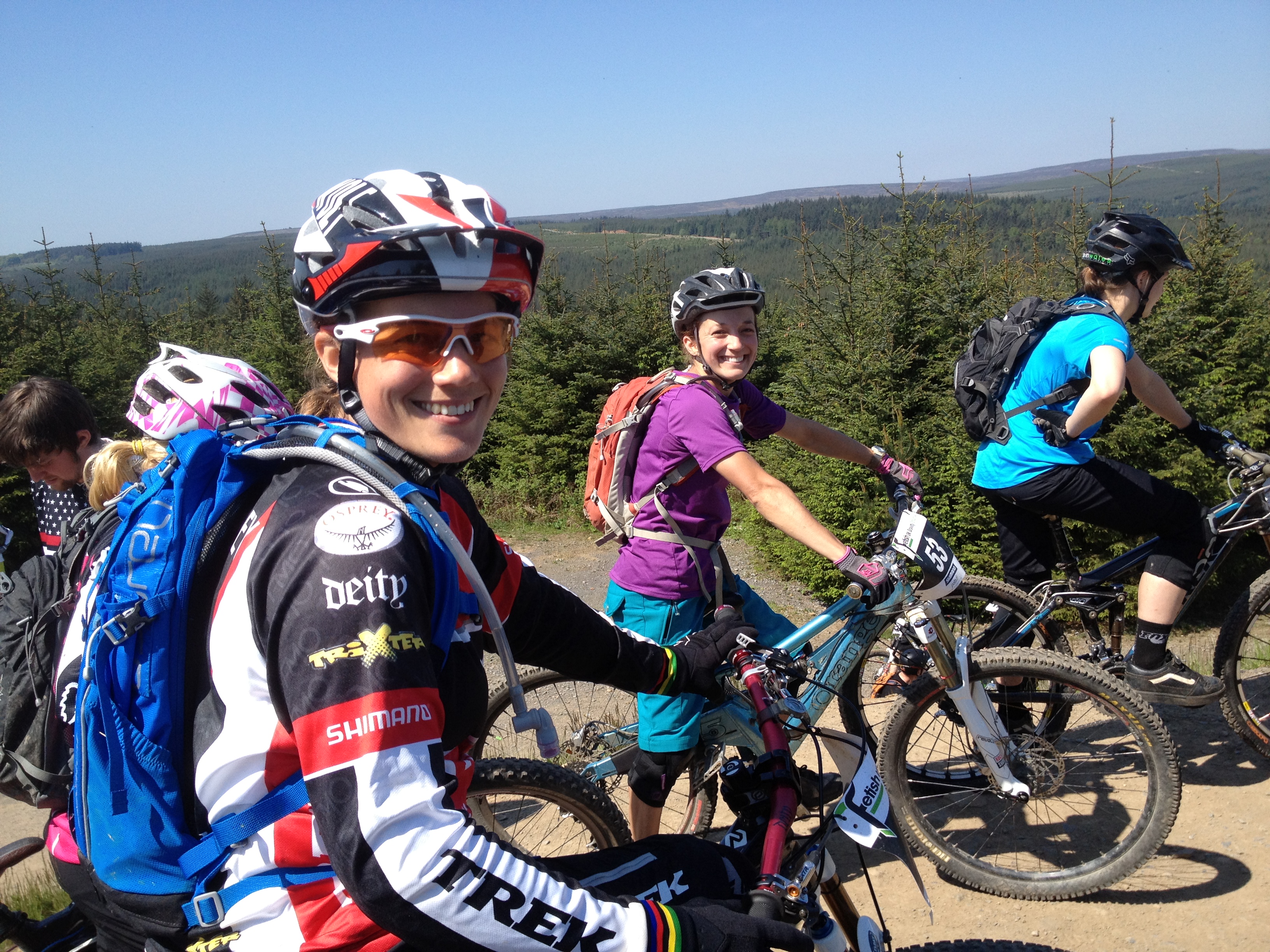 After a timing glitch on the seeding run we started off Sunday with a clean sheet as the seeding run times would not count. I was not sure if my time for seeding was right or not so I knew I had to push hard on the short stages to get any advantage over the other girls. With the stages averaging around 2min30sec they felt really short and it took me until the 4th stage to finally feel like I was riding well. I had not made any mistakes and pushed really hard on the pedalling sections and all I had to hope for was no mechanicals or punctures this time ! I had been checking my tyres after each stage this time after my lesson in Coed-y-Brenin. The final stage went well and we then just had to wait for the times to be announced later in the day. Its actually quite an anxious wait at the enduro races as you have no idea how you have done until all the stages are complete. The times were up for stages 1 and 5, so I knew I had a couple of seconds advantage after them, but we still had to wait for the rest of the results.

The final results were out and I had managed to hold off the locals and took the win by 42secs ahead of Helen Gaskell with Sarah Newman in 3rd. 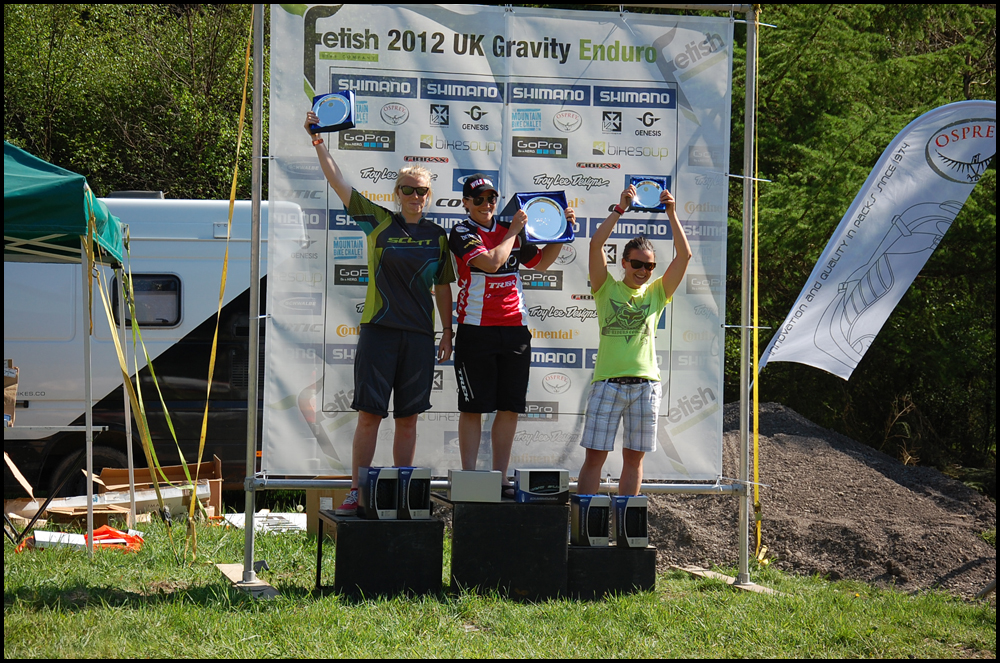 A great weekend and further cementing my love of Enduro races, such good days out on your bike and a great work out at the same time !!